So I'll fill you in on the backstory a little. Started fishing about 3 months ago and have really gotten in to it. Been telling my family about it, who never were into fishing, however, my mum was telling me how her father, my grandpa, really loved fishing.

Sadly, I never had the opportunity to meet him, he passed away in his 40's after he slipped and hit his head, falling in to a coma from which he never woke up from. My mum told me she had a photo of him with a huge fish he caught and she was going to try and find it. Today, she sent me the picture after looking through piles of old photos.

I'm amazed at the size of this thing! Mum doesn't know too much information about it but it seems it was taxidermied after being caught. This was in the 70's in WA somewhere. Would love to know what this fish is so that hopefully, one day, I can target the same one and catch it, in my grandfather's honour.

I know the quality is bad and not the best angle, but I have the utmost confidence that I'll get an answer here 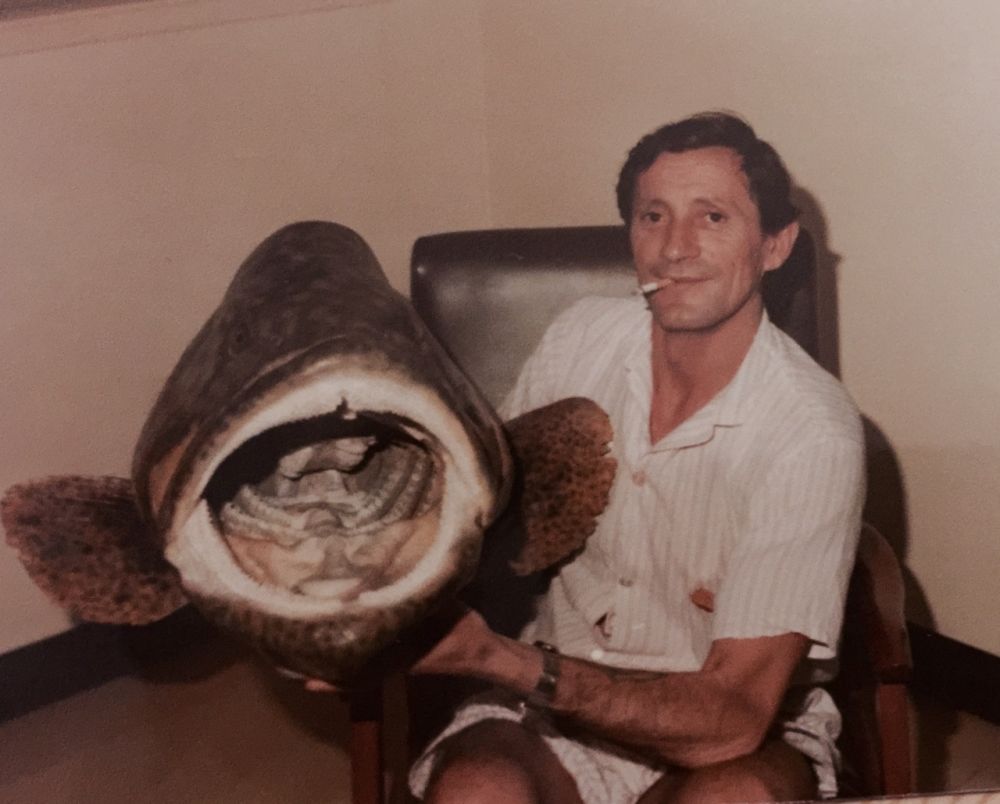 **UPDATE** - I texted mum asking if she knew the fish was salt or freshwater - she said, "I think salt water, that photo was taken when my dad was working in Dampier WA and I think they were fishing off the coast there"

19 answers to this question