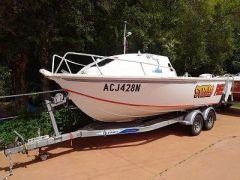 My Stress Free new to me Boat